Whether we work for others or work on our own, we are all subject to the ups and downs of life, sometimes we think I should Give Up and move on or just give in and take my life.

It is often tempting when we experience a downer to want to give up, the more so if it is something we wanted badly and cannot see why we “failed”. The following anecdote is a reminder that there is no common path to what we call “success” and that just because you haven’t achieved everything you want doesn’t mean you should stop trying or give up.

The Fern and the Bamboo: the Anecdote

He went into the woods to have one last talk to God. “God,” he said. “Can you give me one good reason why I shouldn’t quit?”

The answer took him by surprise. “Look around you,” it said. “Do you see the fern and the bamboo?”

“Then in the fifth year a tiny sprout emerged from the earth. Compared to the fern it was seemingly small and insignificant. But day by day the sprout grew. First a shoot, then a seedling, and finally a cane. Within six months, the bamboo cane had risen to a height of 100 feet. It had spent the five years growing roots. Those roots made it strong and gave it what it needed to survive. I would not give any of my creations a challenge it could not handle.”

“Don’t compare yourself to others. All of my creations have different purposes, different journeys, and different timescales. The bamboo had a different purpose from the fern. Yet they both make the forest beautiful. Your time will come. You will rise high.”

“How high should I rise?” the man asked.

“How high will the bamboo rise?” asked God in return.

“As high as it can?” the man questioned.

“Yes,” God replied. “Give me glory by rising as high as you can.”

The small business owner left the forest. And never went back.

“The Fern and the Bamboo”: the Morals of the Story

Don’t assume that success is a race and that the winners are the first past the line.

Don’t think that, because you haven’t succeeded in your goals yet, you never will.

Don’t conclude that, just because you can’t see evidence of growth, you’re not growing.

Believe in yourself, your dreams, and your goals have belief in others around you they will be on a different journey to you.

Don’t presume to know how things will turn out.

Have joy in the journey and let the outcomes take care of themselves DONT GIVE UP!! 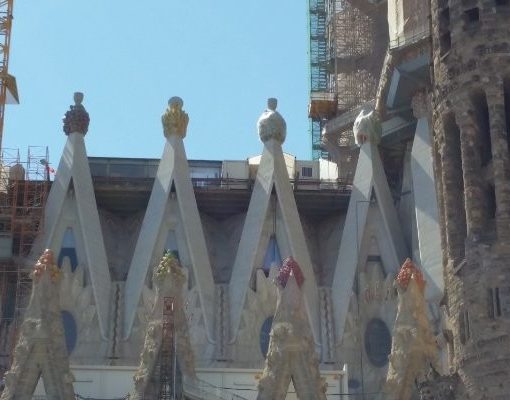